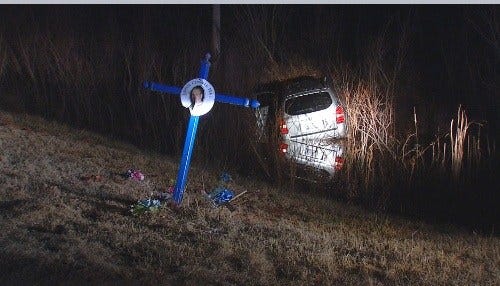 A roadside memorial is destroyed after an early morning car accident. Oklahoma City police said the woman who caused the accident is now in police custody on suspicion of drunk driving.

It happened around 2 a.m. Thursday. The woman was driving west on I-40 and tried to exit at Peebly Road. Instead, she lost control on the off-ramp and crashed into a ravine with knee high water, according to police.

The crash damaged a memorial built to honor Paul Beal.

News9 has learned he passed away on April 30, 2009. At the time of his death he left behind a wife, two daughters and another child was born about a month after his death.

As for the suspected drunk driver, she was not hurt in the crash and no one else was in that car when the accident happened.

Police have not identified the driver at this time.