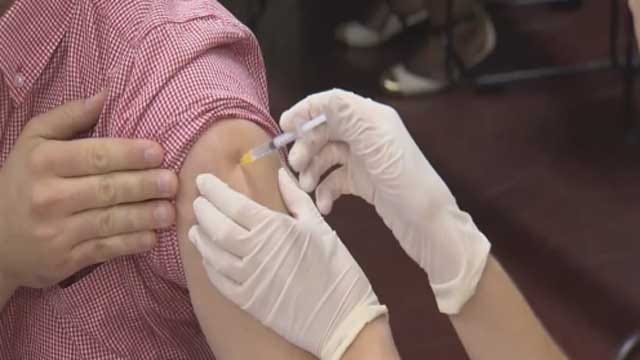 The number of flu-related deaths in Oklahoma reaches a new high within the last five years. Information released Thursday by the state health department shows total deaths are up to 82.

Officials have been recording this season's numbers since late September.

Fourteen deaths have been reported the week of February 8th alone. This has sparked conversation not just with the flu vaccine, but vaccines for all preventable disease.

"You know nothing is 100% but there is absolutely no reason not to vaccinate your child," said Debbie Johnson, head nurse at Oklahoma City Public Schools.

"We were really getting concerned," said Johnson.

"Why are parents having chicken pox parties just can't imagine this," said Johnson.

What Nurse Johnson was seeing then has since spread statewide.

The State Health Department reported since 2004 the overall exemption rate has *doubled and there doesn't seem to be a cure.

The Health Department also said only 60% of children from ages 19-35 months are vaccinated, ranking Oklahoma nearly last in the nation.

Parents are now citing "philosophical" reasons to have their children exempt, a trend that's tripled within the last decade.

She said parents write on the exempt forms "I just don't want to," "I don't want the government telling me what to do," and even calling the vaccines "poison" and "toxins."

"People want to hold on to myths," said Johnson.

The overall percentage of exemptions does remain low...

"But it can cause a lot of damage," said Johnson.

So, Nurse Johnson prescribed the line "It only takes one."

"They need to remember that they are part of a community, not just a little island by themselves," said Johnson.

Nurse Johnson also mentioned of the 60 plus exemptions she issued this year, one was for medical purposes.

The State Health Department plans to address part of the issue by driving vans across the state to provide mobile vaccinations for free.