Changes Ahead For Deer Creek Schools Due To Overcrowding 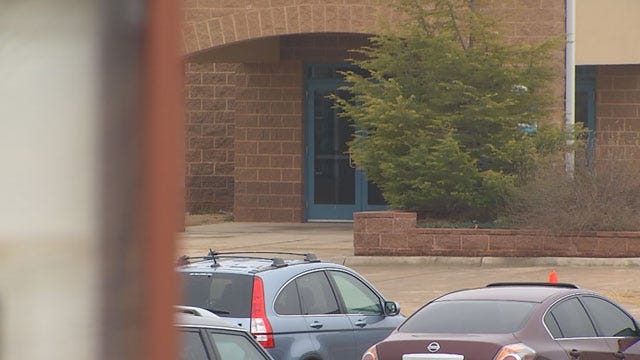 Growing by leaps and bounds, the Deer Creek population is starting to outpace the number of schools. So, the district has come up with a plan to better accommodate the overcrowded elementary schools.

But not every parent likes the changes.

"Before we moved here a year and a half ago we were told try to get into Deer Creek, it's the best school system," said parent April Clay.

Clay's daughter Ava is in a lottery to get spot in a pre-kindergarten class next school year.

"Pre-K is a privilege, so I can't complain too much about it," said Clay, whose son attends Grove Valley.

But there were complaints about the Deer Creek School District's plans to relocate all its Pre-K classes to one single school, Rose Union Elementary.

“I'm just thinking about logistically how that's going to work out if you've got, you know 15 Pre-K classes in one location, and we all have to walk our students into the school and drop off is already crazy,” Clay said.

Parent Erica Hickman said she wants to know the same. She has a first grader, a Pre-K student, a soon to be Pre-K students and a baby due next month.

“It will be two different drop offs and two different pick-ups, and that school is quite a bit farther from me," Hickman said. “Think the growth is more than they ever imagined, and I used to teach in Moore, and it was the same thing.”

It's a nearly 15 minutes versus four minutes' drive for Hickman, who ideally prefers all her kids to attend the same school.

But the district assured that start and end times will be staggered and Rose Union is the lowest trafficked area.

A statement from the district says:

“While Pre-Kindergarten instruction is not required by the state of Oklahoma to be provided, a quality Pre-Kindergarten program is a high priority to the district. This movement to a Pre-Kindergarten Center allows for us to comfortably accommodate the greatest number of 4 year old classes. The15-16 projected enrollment Pre-K through fourth grade was going to cause a reduction of Pre-K classes at several sites due to growth and building capacity issues as well as a more immediate redistricting of students in the upper grades. Without this move, Deer Creek would have to redistrict all elementary locations and all grade levels with the potential of moving a greater number of students out of their home school.”

Parents can drop off their Pre-K enrollment applications to the district office next week as the district continues to hash out all the details for the new plan. Names of the Pre-K students who get accepted and those on a waiting list will be posted on March 6.

Changes Ahead For Deer Creek Schools Due To Overcrowding