Proposed Bill Would Redefine What Constitutes As Violent Crime 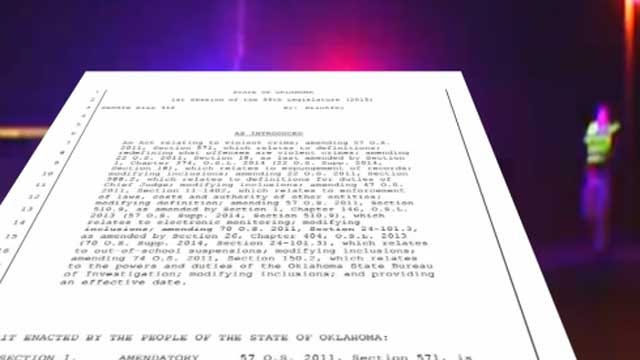 One lawmaker is looking to redefine the state's list of violent crimes. Some say it could end up putting more people into our prison system.

This comes as the Governor said reducing our state's prison population is a top priority. The lawmaker behind the bill said it is to protect citizens, but some said it's overboard.

Senate Bill 412 is 27 pages long and covers a lot of ground when it comes to defining a violent crime. There is a lot of language, but Senator Rick Brinkley said this bill doesn't make any changes to existing law. It just clarifies it. Brinkley is the author.

However, it could redefine what qualifies as a violent crime according to defense attorney David Slane.

He said prisons are already overcrowded and this could potentially put more people behind bars or cause people in jail to serve longer sentences.

“Keep in mind it is not that we're talking about should these people be punished. Clearly they should be punished for their wrongdoing,” Slane said.

“The question is should they serve 85 percent of their crime or do they serve a longer, lengthier sentence or should we be putting them in some sex offender counseling and then releasing them back to the public as opposed to housing them for years and years longer in a prison at 25 or 30 thousand dollars a year,” continued Slane.

“The reason we put this bill together was just to make sure that we can ensure the safety of the public,” he said. “We did not want anyone put into a community program that didn't deserve to be there, but that someone somehow just accidentally overlooked that they had actually committed a violent crime.”

Proposed Bill Would Redefine What Constitutes As Violent Crime