Texas Civil Rights Activists Speak Out Ahead Of Planned Protest 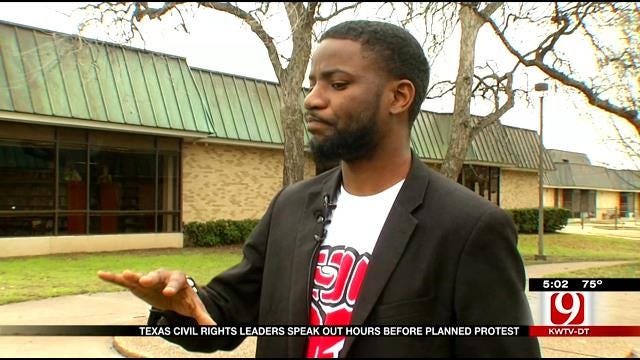 Civil rights activists in Dallas say a written apology isn't enough and they are speaking out after a video showing OU fraternity members using the "N" word in a racial chant surfaced online.

News 9 was outside of the North Dallas home of former SAE member Parker Rice. Neither he nor his family has been seen around there since the weekend. Regardless, a civil rights group has plans to protest there Wednesday evening.

"This 19 year old just destroyed his life," said Dominique Alexander with the Next Generation Action Network.

Even though Rice and the other SAE who's been named offered written apologies Tuesday night for their role in what will go down in OU history as the SAE bus ride to infamy, Alexander says his group wants the SAE's nationwide jugular.

"It's really kind of getting crazy. So one of the things we want to do is issue a Department of Justice complaint on them, asking the department of justice to look at all chapters across the country to investigate it, because we see, since 2010, over 100 chapters across the country under this fraternity group has had disciplinary actions towards them."

Juanita Wallace is the former 3-term president of the Dallas NAACP.

"Anything implying that you're gonna hang somebody or hurt somebody is inexcusable. And when you look at students at prestigious schools that are perpetrating, it's just appalling," said Wallace.

Alexander's Next Generation Action Network wants a face-to-face apology from every SAE who was on that bus Saturday.

Texas Civil Rights Activists Speak Out Ahead Of Planned Protest