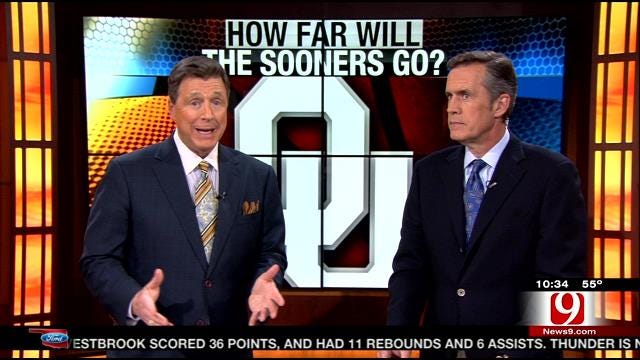 This week on the Oklahoma Ford Sports Blitz:

-March Madness is officially here, as the NCAA tournament bracket was released on Sunday evening. We've got complete coverage of the Sooners and the Cowboys, their seedings, destinations and opponents. We're also taking a look at Tulsa, which was left out of the tournament, but received a No. 2 seed in the NIT.

-The Thunder had a terrific win over the Bulls on Sunday, thanks to another big game from Russell Westbrook and the big guys, Enes Kanter and Steven Adams. We've got highlights and analysis.

-It's been a tumultuous week at OU and we've got complete coverage of the Sooners' protest of racism on campus. We're also looking at Tulsa and OSU spring football practice.

-As always, we've got Play the Percentages.