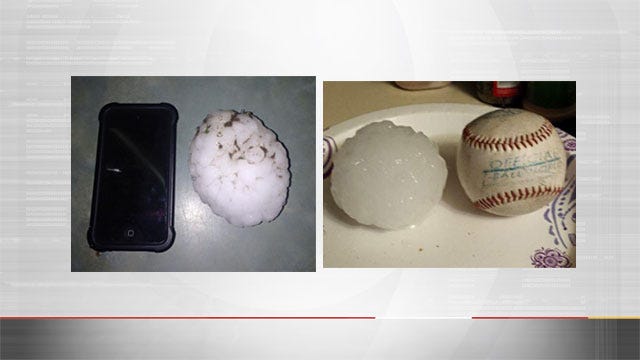 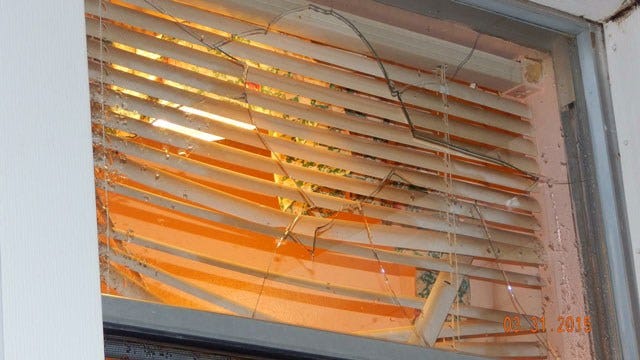 Viewers sent News 9 dozens of photos Tuesday showing the hail produced by late-night storms passing through parts of the state.

Huge hail was widespread in the state, but among the biggest reports were in Meeker, Oklahoma. In fact, a viewer shared a photo of hail being compared to a baseball and a cell phone.

Damaging winds were confirmed with this storm, surpassing 80 miles per hour in the metro.

Another viewer shared a photo of window damage from the hail produced near Centerview, Oklahoma Tuesday night.

Just before midnight, OG&E reported more than 12,000 customers were without power in the metro area.

Wind also took down trees in the metro late Tuesday and into Wednesday morning. A downed tree could be seen in N.W. 10th Street and Western Avenue.