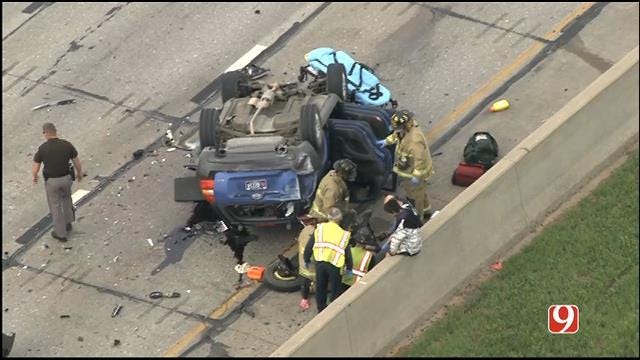 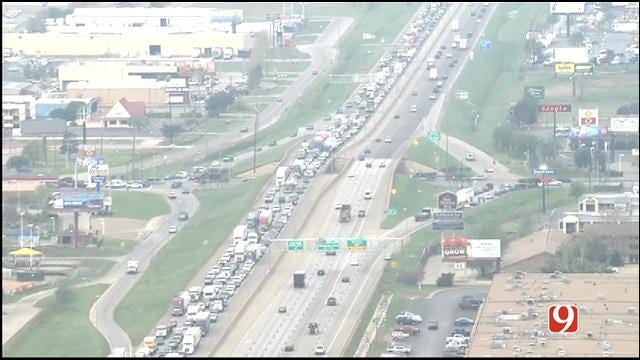 First responders are on the scene of a rollover crash on the eastbound side of Interstate 40 near the Interstate 44 junction.

The driver of the overturned SUV was injured in the two vehicle crash on EB I-40. Oklahoma Highway Patrol troopers have shut down three lanes of traffic on I-40 while crews work the scene. That driver was transported from the scene in unknown condition.

The closure of all but one lane on has caused traffic to be backed up for nearly three miles on EB I-40.

The cause of the crash has not yet been determined.