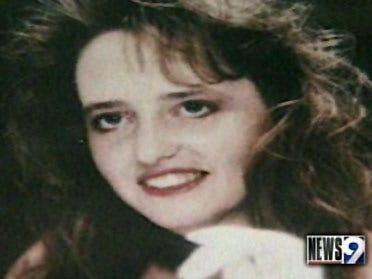 MANGUM, Okla. -- The wife of a deputy prison warden appeared in Greer Count District Court Monday to face charges she helped a convicted killer escape in 1994 and then spent 10 years on the run with him.

District Attorney John Wampler says Bobbi Parker did not enter a plea at Monday's arraignment and was set to be released on her own recognizance.

Parker is accused of helping Randolph Dial escape the Oklahoma State Reformatory in Granite where her husband Randy was deputy warden.

The two were found in April 2005 in east Texas where Parker was working at a chicken farm.

Dial said he had kidnapped Parker and knifepoint and forced her to live with him but the charges say the two were romantically involved and that she hid him in her car to help him escape.

Parker has remained free since she was found and reunited with her husband who is now a Department of Corrections employee in McAlester.

According to Jerry Parker, her father-in-law, the couple has worked things out, and regardless the family will support Bobbi Parker.

Bobbi Parker's charges came just days before the statute of limitations was set to expire.

"I'm not going to comment evident, but obviously, we have evidence to indicate she's assisted him in the escape or we would not have filed the charge," said John Wampler, Greer County District Attorney.

"I can't have any ill feelings to this D.A. because he was elected to do a job," said Jerry Parker.

Yet, Bobbi Parker's father-in-law admitted he was disappointed with the District Attorney. He believed Bobbi Parker and their family had been through enough turmoil.

"It's taken a tremendous toll on us not knowing," said Jerry Parker. "Then things doing real good for three years...we're going on 13 of this."