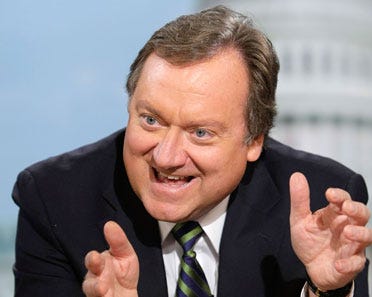 WASHINGTON -- Tim Russert, host of NBC's "Meet the Press" and its Washington bureau chief collapsed and died at work Friday after suffering an apparent heart attack. He was 58 years-old.

Russert, of Buffalo, N.Y., took the helm of the Sunday news show in December 1991 and turned it into the most widely watched program of its type in the nation. His signature trait there was an unrelenting style of questioning.

Washingtonian magazine once dubbed Russert the best journalist in town, and described "Meet the Press" as "the most interesting and important hour on television.

This year, Time magazine named him one of the 100 most influential people in the world.
Russert also was a senior vice president at NBC.