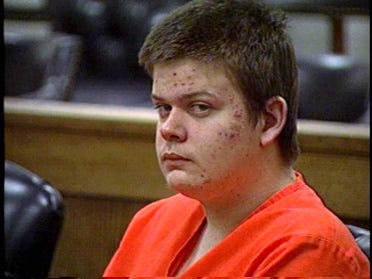 TULSA, OKLA. -- A Wagoner County teenager who stabbed and killed another teen on a Porter school bus five years ago has been released from state custody.

Daniel Dillingham, who turns 20-years-old on Thursday, was released from custody after a court hearing on Wednesday morning.

Dillingham had pleaded no contest to a charge of first degree murder for the December 2003 stabbing death of 16-year-old Andy Robinson.  Reports show Dillingham was 15-years-old when he stabbed Robinson in the back and chest with a large kitchen knife.

Dillingham's father said his son will either attend college out of state or join the military.