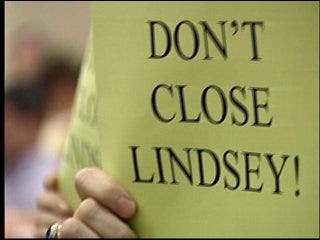 NORMAN, Okla. -- Plans to expand lanes of Interstate 35 in Norman could cause a construction conflict on another major road. The proposal even caught city leaders by surprise and won't sit well with football fans on game days.

Dozens protested the possibility of eliminating several exit ramps along I-35 including the exit near Lindsey Street.

The Mayor of Norman kicked off the meeting. She said eliminating the Lindsey Street exits would do more harm than good.

"It would have crippling consequences to the city and municipal government's economic well being," Mayor Cindy Rosenthal said.

Some resident believe ODOT is trying to take traffic away from Norman, which could lead to business loss for the city.

Lindsey Street serves as the main entrance and exit for the University of Oklahoma.

ODOT said the meeting served its purpose, feedback from residents. They said they never wanted to alarm anyone and this is only one of several options for Interstate 35 construction.

There is one more public hearing scheduled for later this year and after that, ODOT will finalize its plans for construction.