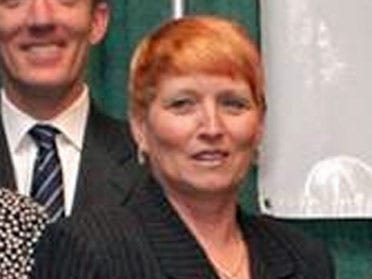 OKLAHOMA CITY -- An organization in charge of helping troubled children could soon come under investigation after its former executive director took some time off, raising questions in her absence.

Oklahoma's Court Appointed Special Advocates could be audited after suspicion arose about the misappropriations of funds by the former executive director, Anna Naukam.

Naukam has spent the past decade with CASA, but has recently been questioned about a paper trail of transactions involving federal funds traced back to her.

In an e-mail to volunteers, the CASA director of Oklahoma County wrote:

"As some of you are aware, the State Office Director has been on medical leave. It has been during her absence that interim director, Sheryl Marseilles... noted some irregularities."

"Some discrepancies were found and the board, in line with their responsibilities, turned that over to the proper authorities," Marseilles said.

The Oklahoma County District Attorney's office said it's been notified of the financial irregularities, but it's the Attorney General's office that could play a bigger role in the investigation which could include several audits.

"The state auditor's office may take a look at it," Marseilles said. "The board of directors is looking at a forensic audit, so right now, there's just a lot up in the air."

Neither the investigation nor the funds in question have any direct impact on local CASA programs or the children the group helps on a daily basis.

"The programs are providing a lot of good services to kids and are continuing to do so, in spite of anything that may have happened at the state office," Marseilles said.

A spokesman for the National CASA group said the organization is aware of what's happening in Oklahoma, but at this time they are not actively participating in any investigation.