What the Tort Reform Could Mean for Taxpayers 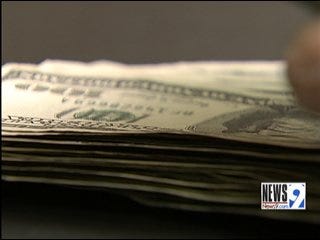 OKLAHOMA CITY -- Part of the tort reform measure is to limit how much money someone can receive in verdict or settlements if they win a lawsuit.

Depending on the size of the settlement or lawsuit, the money could come from an indemnity fund that the taxpayers may have to pay for.

Under the new measure, $400,000 is the most insurance would pay out to a malpractice victim, but in the case of extreme negligence or injury, the state could pick up the tab.

The money would likely come from the taxpayers, but that's not necessarily set in stone, according to State Chamber Vice President Mike Seney.

"At this stage of the game, it's way too early to talk about who is funding what under this," Seney said. "That is a possibility."

Seney was among a number of lawyers and business executives who worked for many months to reach a compromise for all parties. This, Seney said, is the end result.

"The State Chamber had 11 items of reform in our legislative agenda just for lawsuit reform," Seney said. "Nine of them are addressed in this bill."

NEWS 9 Political Analyst Scott Mitchell stops short of calling the bill a success because the final language was written over the course of a weekend and the bill has 90 sections.

"If they perceive this once again, as a bailout for insurance companies in this economic climate...they'll be hell to pay," Mitchell said.

Under the provisions of the bill, a task force will decide who will pay for the indemnity fund. That has to be done by May 1, 2011; otherwise the whole cap proposal goes away.

Governor Henry said he believes this is a strong piece of legislation, but plans to review the measure is greater detail.

What the Tort Reform Could Mean for Taxpayers