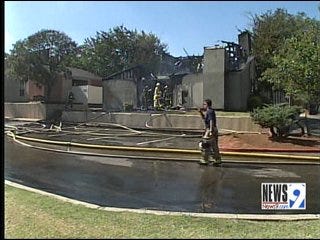 Firefighters are investigating what caused the blaze, which investigators say is suspicious.

The plume of smoke coming from the building at Lyrewood Lane and Wilshire Blvd. could be seen throughout the metro.