Four-Legged Crime Fighter Sniffs Out 4 Burglars In The Metro 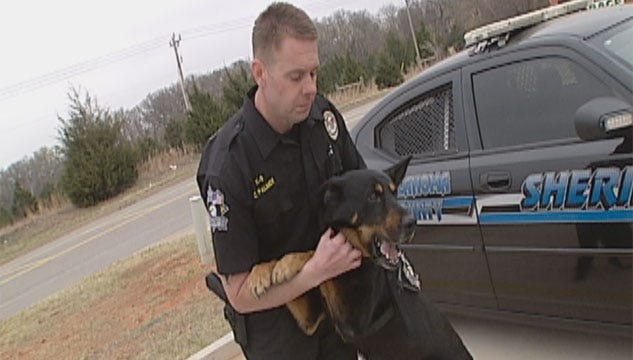 Ajo, a German Shepherd, and his handler aided Bethany and Nichols Hills Police in capturing the burglary suspects.

At the first incident in Bethany, police caught two out of three burglary suspects with the assistance of K-9 deputy Ajo. In Nichols Hills, Ajo sniffed out two female burglars inside a home around 1 p.m. Monday.

Ajo was injured on the job back in 2005 when he fell 150 feet after jumping off a bridge after a suspect.

Four-Legged Crime Fighter Sniffs Out 4 Burglars In The Metro