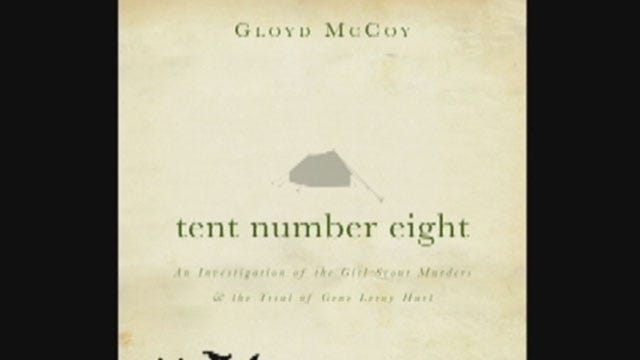 OKLAHOMA CITY -- The story of one of Oklahoma's most notorious trials will soon be on book shelves.

Gloyd McCoy, a former criminal defense attorney from Noble, has written a book about the murders of three girls at a girl scout camp in Mayes County more than 30 years ago, and the trial of a man many say was innocent.

Few stories impacted Oklahomans like the Girl Scout murders of 1977, murders thought to be committed by jail escapee Gene LeRoy Hart. But Hart would eventually be acquitted. McCoy says history has proven the verdict was right.

McCoy says he had to look deeper into the trial, and that led to his first book, "Tent Number 8: An Investigation of the Girl Scout Murders and the Trial of Gene Leroy Hart."

"I just felt like it was a story that needs to be told."

And what McCoy found was Gene Hart, a jail escapee who became the state's one and only suspect, should never have been tried for the murders.

"When I reviewed the evidence I saw that it was worse than I thought. The state had even less evidence than they thought they had. They tried to put a square peg in a round hole."

McCoy says Hart got wrapped up in the state's need to solve the case.

The parents of Lori Farmer, one of the young victims of the Girl Scout murders, say they just want answers.

"For 30 years all my husband and I have wanted was the truth," Sherri Farmer said.

But given the mishandled investigation and the fact that the crime is more than three decades old, McCoy says chances are we'll never know who killed the girls.

"It's kind of one of those dysfunctional type things where you are never going to really have an answer."

Back in 2007, DNA was from the scene was re-tested, but the samples were too old and the results were inconclusive.