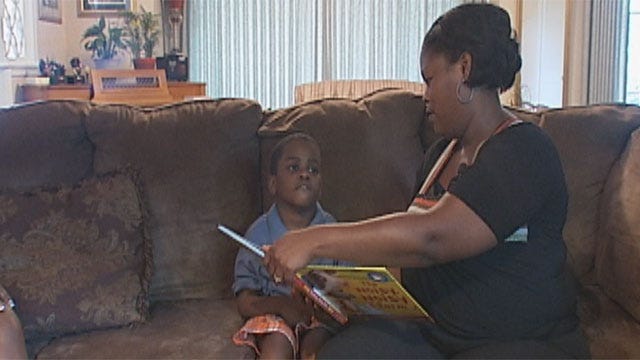 OKLAHOMA CITY -- With temperatures nearing triple digits, one Oklahoma City mother is reminding parents to be vigilant. In August 2007, a daycare worker left 3-year old Demarion Pittman inside a van in the heat of summer.

When paramedics arrived Demarion's body temperature was 117 degrees, which caused brain damage. His mother says doctors in the United States have given up on him, so she is wants the 7-year old to undergo stem cell surgery in China. The cost is faith and $55,000. Edna Pittman has talked to several people from the United States who have undergone similar surgeries and has faith new cells could restore some of Demarion's cognitive abilities.

"What we are hoping will happen with the surgery is his condition will be improved like his walking and cognitive abilities. There are children that have gone there ( China) in a wheelchair and came back walking. I mean the possibilities are endless with stem cell surgery and research," Pittman said. Since the accident, Pittman has been working tirelessly to educate parents and prevent something like this from happening again. Through her efforts, in 2008 Demarion's law passed, which requires all Oklahoma child care facilities to maintain liability insurance. In addition to raising money for her son's surgery Pittman is trying to get the law passed in all states.

The FDA has not approved the surgery Demarion needs. The family hopes to go China in April of 2012.

"I am a Christian woman and I know the only person that can fully heal my son is God. We have received some donations from family and friends who are just as excited as we are. Our goal is $55, 000 and we will not stop until we reach it," she said.

Find out how you can help the family at any FAA Credit Union or online.