Lying Down Helps Save OKC Students Trapped In Elevator Shaft 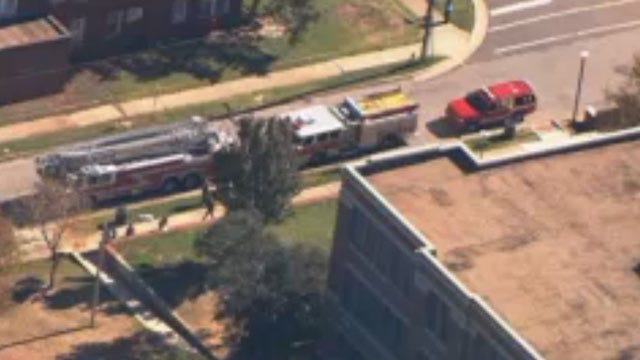 Three students at Classen School of Advanced Studies near N.W. 18th Street and Classen were rescued Tuesday morning after becoming stuck in an elevator shaft.

At one point, the elevator began to lower and the girls got down on their stomachs. Emergency Medical Services Authority spokeswoman Lara O'Leary says lying down evenly distributed the weight of the elevator and prevented the children from being crushed.

Firefighters rushed to the scene and freed girls after about 35 minutes.  They were taken to the hospital, but they were not seriously injured.

Lying Down Helps Save OKC Students Trapped In Elevator Shaft