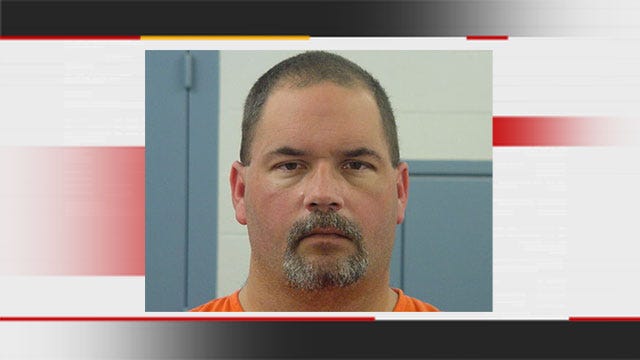 SNYDER, Oklahoma -- An investigation of poisoned dogs led law enforcement to a police chief on meth, according to the Oklahoma State Bureau of Investigation.

Authorities said during the course of the poisoned dogs investigation in the Roosevelt area, Kiowa County deputies and OSBI agents learned 37-year-old John Phipps, the police chief of Snyder, was possibly using methamphetamine.

Agents interviewed Phipps Tuesday afternoon. During the interview, they discovered Phipps had the illegal drug on him.

According to the OSBI, Phipps was arrested on a felony complaint of possession of methamphetamine and was booked into the Jackson County jail.

Officials said the investigation into the dog-poisoning cases is still on-going.