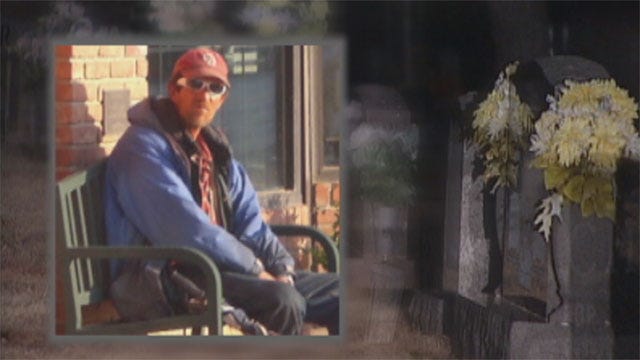 New details released in the murder of a well-known homeless man from Edmond.

The body of Bicycle Bob, buried two years ago, will soon be removed from his final resting place. Sources with law enforcement agencies confirm Edmond Police received a permit to exhume the body of Dwite Morgan.

Police later arrested three suspects in the case. Prosecutors charged Conner Mason with the murder. Mason told police he is not the killer, but prosecutors suggest there is evidence that Mason bought a knife before the killing.

A friend told police Mason bragged about the murder, saying the tip of the knife broke off during the attack.

In October, 2011, two years after the stabbing, police recovered a knife from a lake in Edmond that is believed to be the murder weapon.

Sources told News 9 the tip of that knife is missing and another review of the autopsy indicates a piece, possibly the knife's tip, could be buried with Bicycle Bob.

News 9 has learned the health department issued the permit to Edmond Police to exhume the body this month.

A judge continued the murder trial for Conner Mason two months ago, due to the discovery of new evidence. A new trial date for Mason is set for February 27.