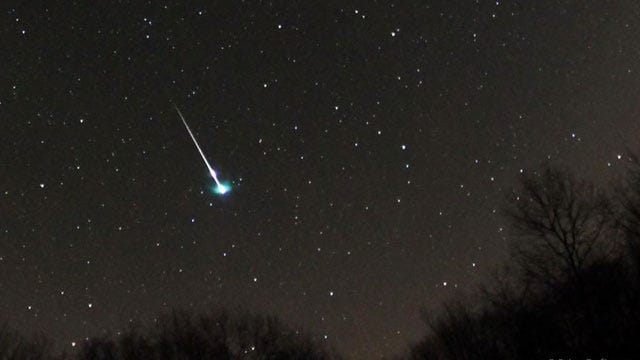 Viewing conditions in Oklahoma should be excellent for a little-known meteor shower early on the morning of Wednesday, January 4, 2012.

The Quadrantid meteor shower is named after an extinct constellation.

According to NASA, the Quadrantids originate from an asteroid called 2003 EH1.

The best viewing should begin just after 3 a.m. when the moon sets.

Unlike the more famous Perseid and Geminid meteor showers which usually last a couple of days, the Quadrantids only last a few hours, so that means only about two hours of prime viewing Wednesday morning.

NASA says the Quadrantids may be a piece of a comet which broke apart several centuries ago.

"After hundreds of years orbiting the sun, they will enter our atmosphere at 90,000 mph, burning up 50 miles above Earth's surface -- a fiery end to a long journey," according to NASA.

The Quadrantids are named for the constellation of Quadrans Muralis (mural quadrant), created by French astronomer Jerome Lalande in 1795.

Only northern hemisphere observers will be able to see Quadrantids.

Brian Emfinger, a photographer in Ozark, Arkansas, snapped a photo of a Quadrantid meteor on January 2, 2012.