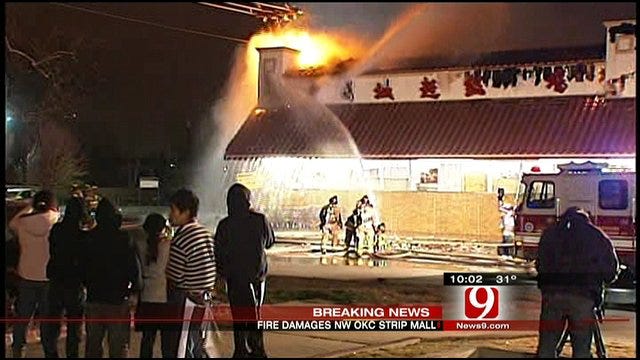 It took several dozen firefighters about an hour to douse the blaze at 2728 N. Classen Blvd.  Firefighters were first called to the scene shortly after 6:30.

The fire appeared to affect mostly the roof and upper portion of the building.

Firefighters say the high winds and cold temperatures made fighting the fire a challenge.

No injuries were reported.  Fire investigators are still trying to determine what caused the fire.