Man Suspected of Being Drunk, High Crashes Truck In Bethany With Child Inside 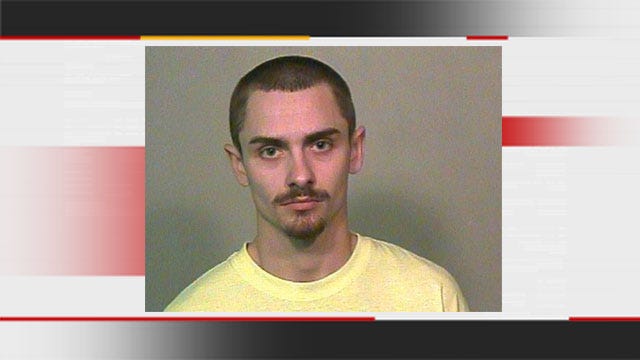 Oklahoma County prosecutors have charged a man with child endangerment after police said he crashed his pickup truck into a house and a tree, all while a small child was inside the vehicle.

A Bethany police detective in an undercover car spotted 21-year-old Joshua Ryan Shuck driving in the 6800 block of N.W. 36th Street on Wednesday, January 18. The detective observed Shuck pull his Chevrolet Z-71 pickup into a driveway. He said he then heard the tires squeal, and the suspect hit a curb. The truck then accelerated and the suspect slammed into a tree.

The detective said the suspect then tried to pull out of the driveway, but ended up crashing the truck into a house. According to the police report, Shuck got out of his truck to look at the damage. The detective said Shuck was staggering as he walked around the vehicle.

The detective said Shuck got back into the truck and tried once again to drive away, but he accelerated and backed into a pole, where he became stuck.

The detective said Shuck got out of the truck again, but this time he was carrying a small child, who police later learned was his 20-month-old son. The detective said Shuck staggered and dropped the boy on the gravel. He then grabbed the child's hand and walked with him to the house next door. The police report stated he went inside and stayed for a few minutes.

At this point, the detective called for another police officer to come to the scene. The detective said Shuck then came out of the house, followed by another adult, and again climbed into his truck and tried to drive it, but could not dislodge it. As Shuck got out of his truck, two other officers arrived and began asking him questions.

The officers observed Shuck was unsteady on his feet, slurring his speech, and smelled of alcohol. The officers asked Shuck if he'd been drinking, and he replied that he'd taken three Xanax and drank one beer. Officers gave Shuck a breathalyzer test, and he blew a .13, more than the legal limit of .08.

Police arrested Shuck. When they searched his truck, they also found a small amount of marijuana and a marijuana pipe. He's now been charged with child endangerment, driving while under the influence, possession of a controlled dangerous substance, and possession of drug paraphernalia.