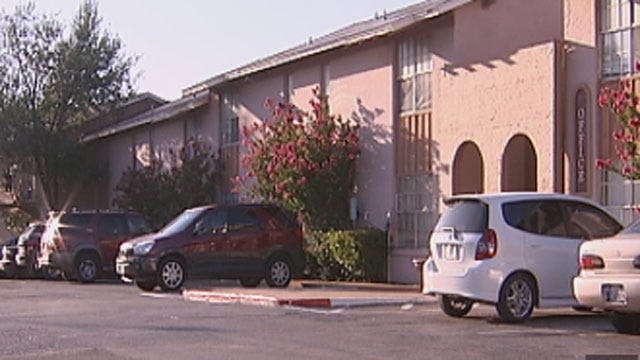 An apartment with an ongoing problem with bed bugs is now charging residents to get rid of the pesky insects.

Several people who rent at Westview tell News 9 as soon as they clean up a roach, bed bug or flea from a neighboring apartment crawls in. Therefore, the problem can't be squashed or sprayed away.

"The roaches you can tell are here, but this apartment is not totally infested, but my kids they did get bit," said Westview resident Shayla Krujac.

It's become so commonplace people at Westview apartments are creating remedies to kill the critters.

"My daughters got bit a couple times, but I put a little baby powder in the couch and saran wrapped it, they just smothered and died. But they came back a little bit," said an unidentified resident.

Several residents, many of which didn't want to be identified, say the apartment charges them to exterminate.

"I have a $1,400 mattress that I had to replace a few months ago because it is so bad. The kids get eaten alive," another unidentified resident said.

Why don't they move? Economics and Immigration.

We spoke to property management who confirmed in some cases residents are charged a fee, but she couldn't go in detail but said Westview is aware of the problem and is working to fix it.

Oklahoma law states if you are renting a place that has mold, bed bugs or poses some other health hazard you must notify the property owner in writing. They have 14 days to fix it. If they don't, you can move without consequence. Westview said they will honor that without a hassle.