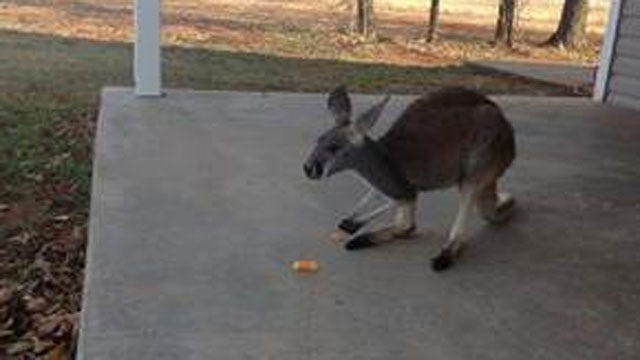 The search for a missing kangaroo continued Monday morning after a driver thought he spotted her near I-240 and Hiwassee. It was the first time anyone saw the kangaroo since Lucy Sparkles went missing on Thanksgiving night.

"He said he's 100 percent positive that it was her. He saw her dark face, she was looking right him," said Shayla Menhusen, Lucy's owner. "He is absolutely positive, so much so that he's out there looking today."

Menhusen even got a call from an animal psychic who said she had two visions of Lucy since the kangaroo got lost. Lucy was outside her pen Thanksgiving night hopping around the yard but something spooked her off.

Monday, friends and strangers pitch in their time to find Lucy and bring her home safely.

"If you're planning to go out looking for her, you might grab a cloth bag that she can hop in that she would she would feel like a pouch that she would make her feel safe," said Menhusen.

As more time went by Monday, however, the family grew more concerned that Lucy might not come home.

Friends of the family set up a Facebook page called "Bring Lucy Sparkles Home" where anyone wanting to help bring her home can go for more information.