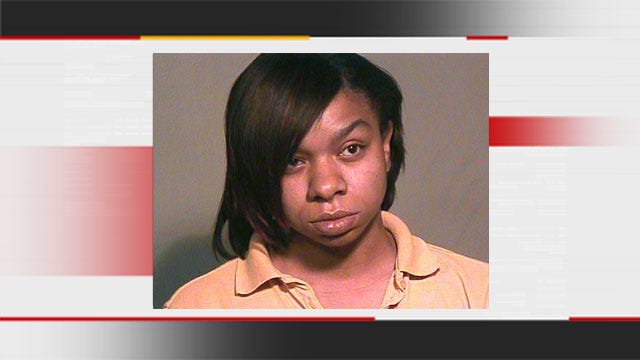 Oklahoma City Police arrested a 33-year-old woman accused of driving drunk while a child was being transported, unrestrained, in the back seat of her car.

On February 14, an officer pulled over Nancy Nolan's car near N.E. 23rd Street and Martin Luther King because she had a broken tail light. When the officer spoke to Nolan, he said he smelled alcohol and Nolan appeared intoxicated. According to a police report, she was lethargic, had slurred speech, and was sluggish while she fumbled through papers looking for her insurance verification.

The officer noted there were also three other adults in the car. One of them was holding a car seat in her lap that held a baby who was under 1 year old.

Although Nolan refused to take a breathalyzer test, the officer arrested her. When the officer checked the police database, he learned Nolan's driver's license was suspended. She was also wanted for an outstanding DUI warrant.

Police searched Nolan once they reached the Oklahoma County jail. They found a small baggie filled with what appeared to be marijuana hidden in her bra. Nolan was booked on several complaints, including child endangerment, driving under the influence, driving under suspension, possession of marijuana, and possession of a controlled, dangerous substance in the presence of a child under 12.