Powder Not Anthrax, U.S. Attorney's Office In OKC Given 'All Clear' 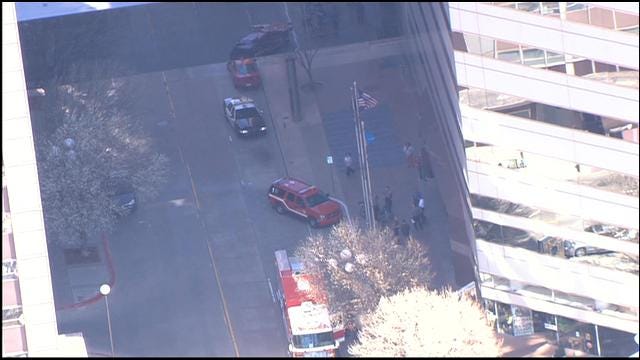 A source tells News 9 the white, powdery substance found in a letter delivered to the U.S. Attorney's Office in downtown Oklahoma City has tested negative for anthrax.

The office was given the "all clear" after the initial test came back negative.

Secret Service and FBI agents rushed to 210 W. Park Avenue Thursday afternoon when the letter with the suspicious substance was discovered. Agents feared the white powder could be anthrax, an extremely dangerous and deadly poison.

A hazardous materials crew removed the letter around 3 p.m. Initial tests indicated the substance inside was not dangerous.

Agents are still trying to determine who mailed the letter to the U.S. Attorney's Office.

Powder Not Anthrax, U.S. Attorney's Office In OKC Given 'All Clear'