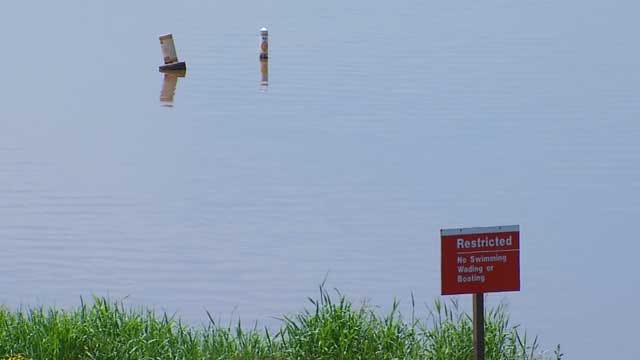 Arcadia Lake will reopen Wednesday morning at 6 a.m. after closing because storm waters.

Right now, the lake is three feet higher than normal. After the May 31 storms it was eight feet higher.

Recent storms have meant the Arcadia Lake was taking in more water than it was able to release. Since June 3, the lake has been closed to swimmers and boaters. Some campers have been allowed to stay.

"It's going to be a hit," says Casey Moore with the City of Edmond about the financial impact of having to close.

"It's main purpose is flood control and it's been doing its job for two weeks," says Moore.

The Army Corp of Engineers has been releasing water from Arcadia Lake at the rate that lake workers claim is more than 9,000 gallons of water per second.

Arcadia Lake may have opened sooner, but the Corp of Engineers had to stop releasing water as crews searched for a man who drowned in the Deep Fork River.