Police Arrest 1 Suspect, Seek Another For Shoplifting At Edmond Wal-Mart 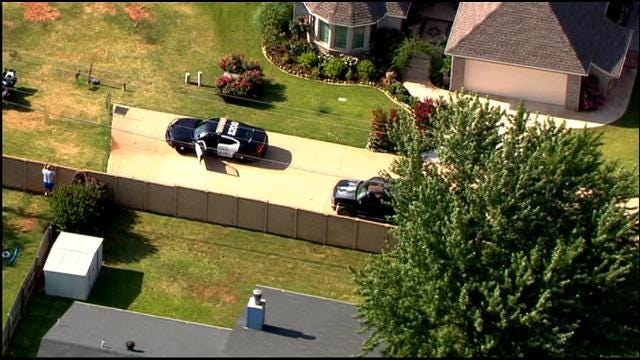 Two men suspected of shoplifting at an Edmond Wal-Mart store ran away from the scene Tuesday afternoon. Officers took one suspect into custody following a foot chase, but are still looking for the other one.

According to Edmond police, the men are accused of shoplifting at a Wal-Mart store located at 2200 W. Danforth Road in Edmond.

The suspects fled the scene on foot. Edmond officers took one suspect into custody following a foot chase.

The other suspect, described as a Hispanic man who was wearing an orange shirt and has a pony tail, is still on the run. He was driving a silver, 4-door Ford Focus.

Police say both men have felony warrants out for their arrest.