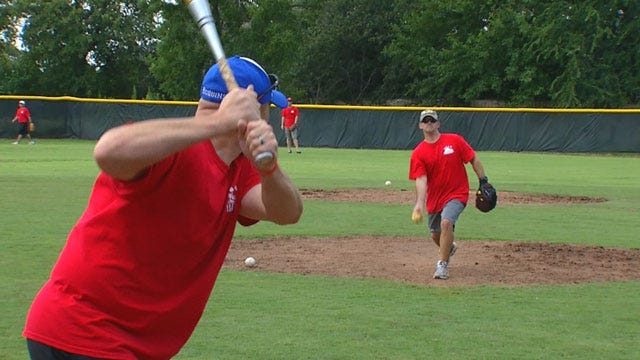 First responders from around the state took a swing for the fences to help a man who spent 25 years serving his community.

Don Mariano recently retired after working as a Midwest City firefighter and EMT. Doctors discovered he had cancer after he suffered a stroke during a vacation in New Mexico.

Medics from Oklahoma drove non-stop for 12 hours to pick him up and bring him back to Oklahoma. Don's fellow firefighters hoped to organize a small, eight-team softball tournament. But once word got out, emergency responders from as far as Broken Arrow signed up.

"Nothing about this surprises me. These are all his family, friends, and brothers and myself as a 21-year police officer. I can assure you that if it was me on the ground, it was Don Mariano's face that I wanted to see coming," said Nicoma Park police officer, Phil Stewart.