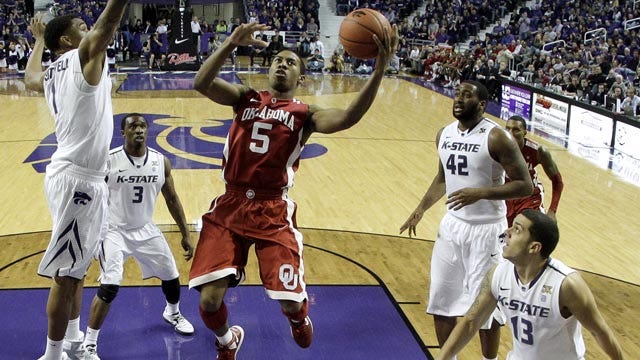 The Big 12 Conference released its 90-game 2014 men's basketball schedule Thursday, which completes the University of Oklahoma's 2013-14 slate. OU, which begins its league schedule Jan. 4 at rival Texas, will have all its conference games televised, nationally or locally, except that road trip to Austin.

Eleven of OU's league contests will air on ESPN, ESPN2 or ESPNU. OU's 11 national TV appearances are its second most ever in regular season conference play (12 last year).

Oklahoma also announced Thursday that this season's non-conference game against Mercer has moved from Nov. 18 to Dec. 2 (7 p.m.).