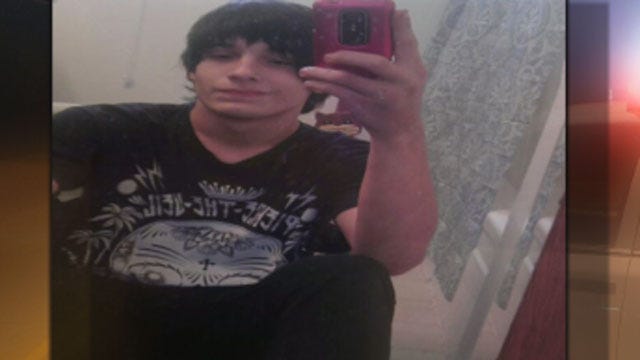 An emotional mother prays her 17-year-old son who was hit by an SUV while riding his bike survives.

News 9 reported the accident as Breaking News on Thursday. Matt Noah is still on a respirator and under chemical sedation. Even though his mother says he's showing some signs of life, doctors have yet to give the all clear.

"It's only been me and him you know," said Julie Noah. "He's my world, and I can't imagine ever trying to do this without him."

It was Thursday night around 8:30 when Julie Noah got a phone call that instantly changed her life.

"He had severe brain trauma. He had a severe blood clot, which was the only thing they knew that they could fix," said Noah.

Matt was transported to OU Medical center after police say he was hit by an SUV at Northwest 10th and Council. Noah says the driver, just a few miles from his home stopped and called 911. Matt was heading to Lake Overholser to ride his bike around the lake.

In 2005, Noah and her family lost their home in Hattiesburg, MS after Hurricane Katrina, and relocated to Oklahoma City. Noah has also been battling Pancreatitis, a disease that can cause life-threatening complications.

Now she says she will just sit and pray by her son's bedside and hope he makes a full recovery.

The family is in the process of setting up an account for donations.

At this point, the driver of the SUV is not facing any charges.