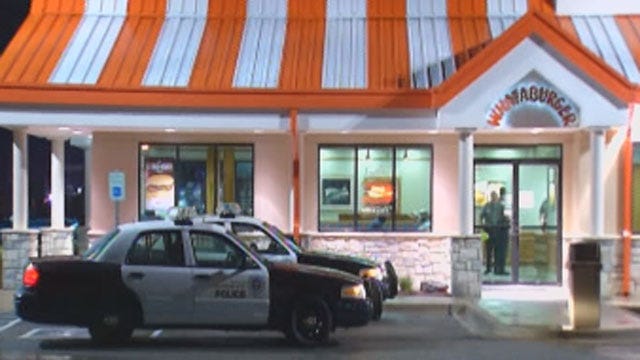 Police are looking for a man who attempted to rob a Whataburger in southwest Oklahoma City early Friday morning.

Officers responded to the incident at a Whataburger restaurant, located in the 1100 block of S.W. 59th, between Blackwelder and Western.

According to Oklahoma City police, at about 1 a.m., a man, who is about 20 to 30 years old, walked into the restaurant and ordered a meal. He then went back to the counter with a bag and tried to hold the place up.

Police say a weapon was never seen during the incident. The man ended up running away from the scene.

Police have not released any detailed description of the suspect.