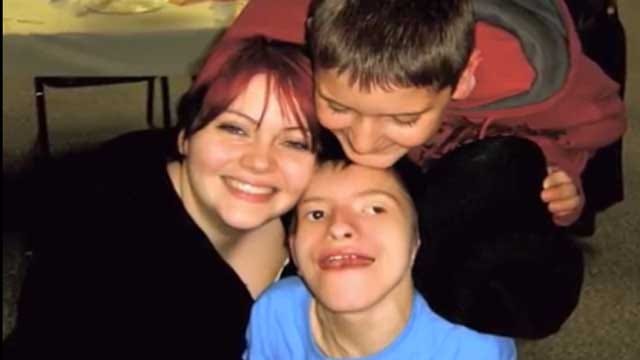 Collecting signatures for an entire year has led to one day. Tuesday, Valerie Wood-Harber is passing along thousands of signatures to Governor Fallin. She is pleading for an investigation into the death of her 15-year-old brother.

Quinten Wood had special needs. His sister Valerie describes him as a happy teenager, until his death on January 4 of last year. He died from pneumonia, but Valerie feels it was from neglect. And now, she hopes no one is ever neglected again.

As she approached the state capitol steps, Valerie Wood-Harber knew she would no longer be ignored.

"I'm glad that people are paying attention, this is ridiculous. This should have never happened," said Valerie Wood-Harber.

"It was painful and mentally painful too. It was ridiculous how I was treated," Cameron Wood said.

Valerie tried to report her father's neglect to DHS as well as Quinten's school.

"I did everything you're supposed to do and there needs to be more that someone can do," Wood-Harber said.

But no one ever came for the Wood children. So on Tuesday, Valerie came to the office of Governor Fallin to drop off 460,000 signatures collected from change.org, which demand the Governor change the system for children in need.

"There need to be substantial changes to the way DHS operates," Wood-Harber said.

Currently, DHS is conducting an internal investigation into Quinten's case which is close to completion for the governor's office.

"We look forward to DHS report and hopefully there are some action items. Whatever we get we'll look at with an open mind to make sure kids are safe," said Alex Weintz with the Governor's office.

An effort Valerie has already waited for.

"They don't need to wait until a child is dead until they do something," said Wood-Harber.