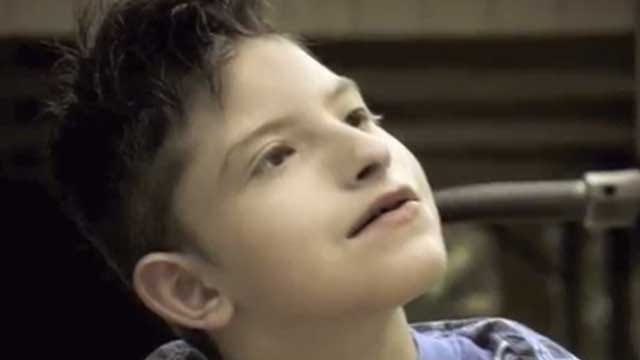 After a year of fighting, Quinten Wood's sister said justice is served. Two Department of Human Services workers and Quinten's father have been charged.

Special needs 15-year-old Quinten Wood died in January 2013. His sister claimed it was from neglect by her dad, and DHS neglected to investigate.

After almost a year of fighting, the termination process began for two DHS workers. Now, those two workers, along with her father, are facing charges.

Quinten Wood's sister, Valerie Wood-Harber, remembers her brother for several reasons, but his love for Star Wars really sticks out. A home video showed Quinten choosing a sword over a light saber, and this still resembles his family's will to fight.

"I wouldn't say I've been sleeping differently at night cause my brother is still gone," said Wood-Harber. "I don't spend as much time angry about it."

Wood-Harber's anger is what led her to challenge her brother's cause of death.

Over the course of a year, they received over 500,000 signatures on a petition and over 10,000 likes on Facebook in hopes someone would be held accountable.

"Satisfaction, so now situations like Quinten's can be prevented if people remember his story," Wood-Harber added.

That accountability came from the district attorney.

DHS employee Rachelle Qualls and supervisor Paul Myers have been charged with willful neglect to perform a duty of public trust.

Myers has also been charged with unlawful use of a computer network.

"I would ask both of them why. What was more important," said Wood-Harber. "But honestly, I'm a very forgiving person. I know she got into this job for a reason."

Reasoning has come and past for Valerie and her father, who is charged with two counts of child neglect.

"I don't think he has a bit of humanity left in him, and I think he's a danger to other people, because he refuses to take responsibility for what he did," said Wood-Harber. "I don't even view him as my father; I view him as the man who killed my brother."

DHS spokeswoman Sheree Powell said the agency will use this situation for strengthen their system.

There is a bill in the state legislature called the Quinten Douglas Wood Act. It requires added attention for children with special needs. It passed through the House and is now in the Senate.