Astros Call Up RedHawks' Singleton, Ink Him To Five-Year Deal 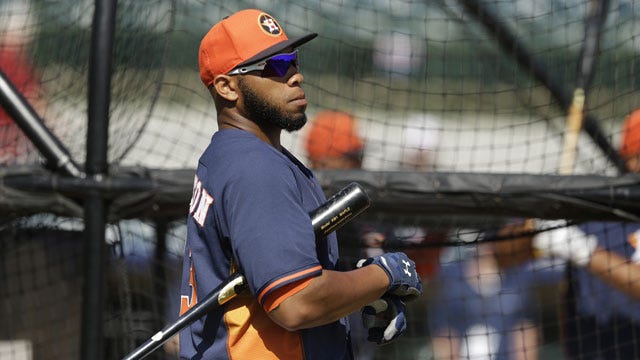 The Astros have reached a contract agreement that will move star Oklahoma City RedHawks first baseman Jon Singleton to the parent team in Houston.

The Astros inked Singleton to a five-year, $10 million guaranteed deal that includes three club-option years that could conceivably increase his pay to $30 million in eight years, with the base deal running from 2014 until 2018.

The 22-year-old was originally with Philadelphia before being shipped to Houston in a five-player deal for Hunter Pence in 2011 and has been a standout in Triple-A for Oklahoma City.

Astros Call Up RedHawks' Singleton, Ink Him To Five-Year Deal