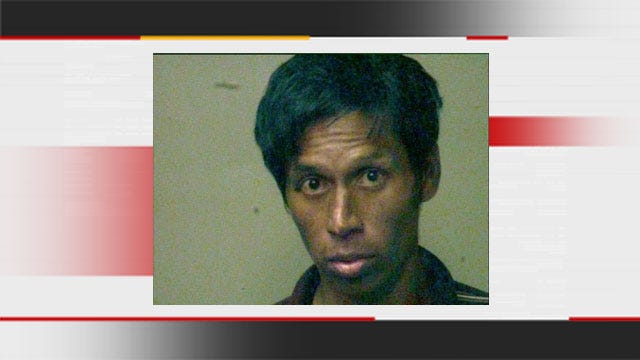 Oklahoma City police arrested a man who is accused of trying to break into a snow cone stand Monday afternoon.

According to police, just before 1:30 p.m., officers responded to the report of a second degree burglary at a snow cone stand in the parking lot of the Lighthouse Gym, located at 3333 W. Hefner Road.

The owner said Donahue then began beating and pushing on the door.

When officers arrived, they said they could smell an odor of alcohol on Donahue's person. His eyes were extremely dilated and his speech was slurred.

Donahue was arrested and booked into the Oklahoma County Jail on several charges, including second degree burglary and public drunkenness.