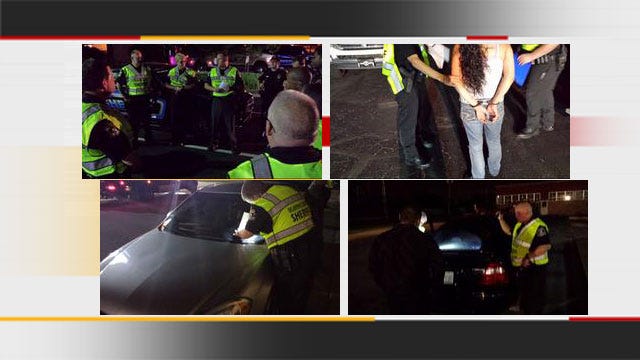 Sheriff's deputies arrested 24 people during a DUI crackdown operation in Oklahoma City over the weekend.

During the crackdown, 123 traffic citations were handed out, mostly for seatbelt violations, and 47 vehicles were impounded.

There were no traffic fatalities in Oklahoma County during the operation.