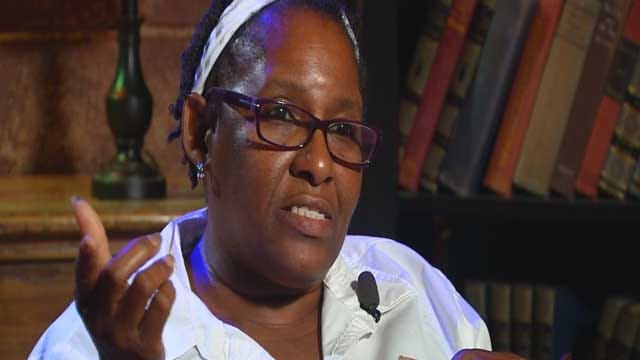 The mother of convicted killer, Fabion Brown, believes her son was wrongfully convicted.

In June, an Oklahoma County jury found 26-year-old Fabion Brown guilty of double murder and conspiracy in the 2012 deaths of his estranged wife, Jessica Mcpherson-Brown, and her unborn baby.

Brown, acting as his own attorney, tried to convince the jury he was framed by his girlfriend, Emily Matheson.

Still, the jurors recommended he receive the death penalty for his role in the murder-for-hire plot.

"I'm wrestling with a lot of details of the trial," Gladys Brown, Fabion Brown's mother, said they plan to make an appeal to the courts and a high power. "I'm asking God for a miracle... Like I told him... that’s all I got left."

During the hour long interview with News 9, Gladys rehashed what she called inconsistencies in the case against her son.

She admitted, since his conviction, she has spent many nights reviewing testimony.

To date, she feels much of the story remains untold.

"Somebody, somewhere knows the truth," said Gladys. "Whoever it is, step forward and say what the truth really is."

Gladys is also bothered by statements made by jurors before all of the evidence was presented to the court.

"One of the jurors asked the judge, 'Well when do we get to recommend the punishment?' Well his mind was already made up," Brown said the guilty verdict still came as a surprise. "He started to cry, and I’m trying to stay strong, and then all of us end up crying."

Still, the conviction created no doubt in her mind. Gladys believes her son is innocent.

"I really honestly don't believe he would do anything to hurt Jessica and then leave those babies there like that -- wouldn't happen,” she said.

Brown is now focused on his appeal, and his mom said he is even prepared to defend himself again, if necessary.

"If I don’t stand by him, then he gives up on himself, he has no hope," said Gladys." I will be right there until the end."