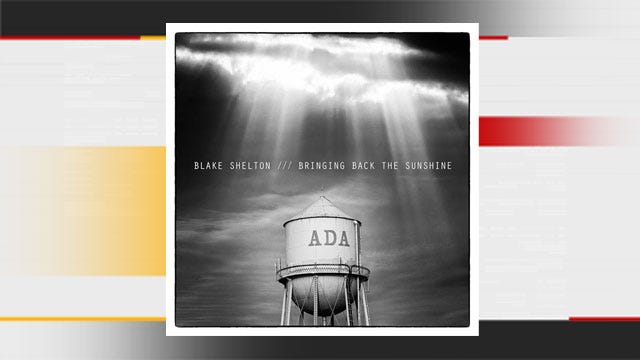 Country music superstar Blake Shelton has revealed the cover art of his new album, and it features a familiar scene to many Oklahomans.

Shelton revealed the title and cover of his new album on the TODAY show Friday morning.

According to TODAY Entertainment, Shelton’s 11th studio album will be called “Bringing Back the Sunshine.” It will be released on Warner Bros. Records on September 30.

The black and white cover of the album features a water tower from Ada, Oklahoma. Shelton was born in Ada in 1976.

Shelton is currently on his “Ten Times Crazier” tour. You can check out the tour dates and locations here.