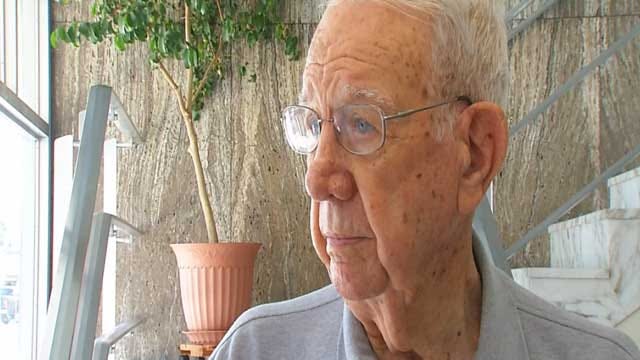 We have a warning about a scam that could cost you or your loved ones thousands of dollars.

Someone claiming to be a sheriff's deputy is calling and telling people there's a warrant out for their arrest, and they need to arrange a meeting to pay off the fines.

It's happening in both Oklahoma and Cleveland Counties.

According to a court document filed today in Oklahoma County court, it happened to a 60-year-old woman in Bethany back in February.

It happened again Thursday to a 92-year-old man in Norman, according to the Cleveland County Sheriff's Office.

Fred Seals may be 92, but he's very sharp. He is used to helping people at the Cleveland County Sheriff's Office, where he volunteers.

So he was stunned to get a call from someone claiming to be a lieutenant with the sheriff's office, and that he had a warrant for Fred's arrest.

“Well, that was a shock, because I wondered what did I do,” Seals said.

Seals says the man claimed it was for failing to show up for jury duty.

“I feel it's a scam going on somewhere, somehow,” said Seals. “And people are going to be taken by it!”

Megan McCormick with the Cleveland County Sheriff's Office says this is indeed a scam, and that's not the way they do business.

“If we have a warrant for someone's arrest, we actually appear at the person's door step with the warrant,” McCormick said.

He is identified as Terrell Thomas and is accused of cheating and defrauding a 60-year-old Bethany woman out of more than $4,000 of her hard earned money.

News 9 talked to that woman Thursday by phone.

“I was devastated,” said Linda Saunders, the scam victim. “ I was absolutely totally devastated. That is all the money I had to take care of my 93-year-old mother.”

Both Saunders and Seals want everyone to be aware and to not fall for any of these false claims.

“Be sure you know who you are talking to, and they want to settle outside of somebody's office, don't do it,” Seals said.

Right now, the sheriff's office does not know if anyone else has received any of these phone calls, but if you have, you are urged to call them at 405-701-8888 and file a report.

Sheryl Presley with the Oklahoma City Police TRIAD unit says seniors need to be involved. She says TRIAD can be their greatest weapon against crime.

Presley says TRIAD is a partnership between the police department, sheriff's office and seniors that meet monthly to talk about scams and fraud affecting seniors.