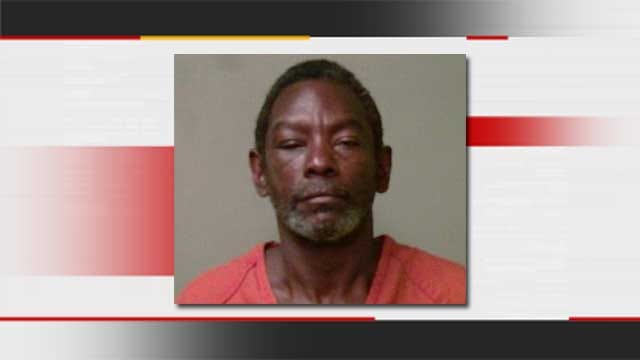 A man was arrested for raping a woman at an Oklahoma City intersection, Thursday afternoon.

According to Oklahoma City police, officers responded to a rape in progress around 1:45 p.m. on the southeast corner of N. Brauer Avenue and W. Main Street.

On arrival, police said they found 53-year-old Dean Lee Blunt on top of and holding down a 63-year-old woman. The reporting officer said they observed Blunt thrusting into the woman and the woman struggling to push Blunt's face away.

The crime report states Blunt continued to thrust as the officer pulled his left arm behind his back and rolled him off of the woman.

The woman reportedly told police she and Blunt were sitting and drinking when Blunt came on to her, and she couldn't stop him.

Police said Blunt was cleared from the hospital and booked into the Oklahoma County Jail on a Rape 1 charge, as well as a city warrant for public drunkenness. Oklahoma County online booking records show Blunt's bail set at $50,000.