New Details Revealed In The Murder Of Hruby Family In Duncan 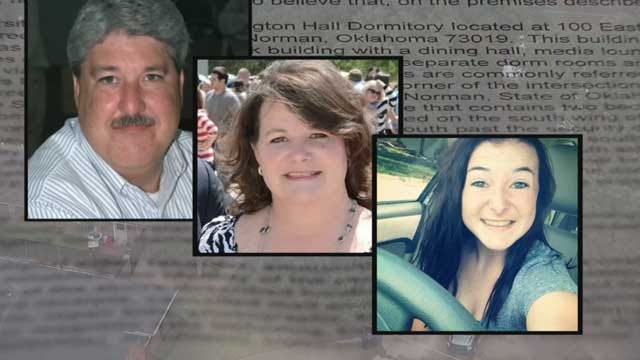 Alan Hruby, 19, is accused of killing his father, mother and sister in the family's home in October.

According to police, Hruby has given conflicting stories to investigators creating some uncertainty as to where he was and when in the days surrounding his family's demise. Now they're hoping records of Hruby's cell phone use will erase any question of his guilt.

In a little more than a month, investigators have uncovered evidence to dispel portions of Alan Hruby's confession.

A recent search warrant for cell phone records indicates Hruby told detectives that he traveled from his dorm in Norman to Marlow on Oct. 8 to get a credit card from his mother so he could attend the football game between the University of Oklahoma and the University of Texas in Dallas, Oct. 9 - 11.

Duncan police interviewed Hruby's roommate and learned that Hruby did not leave Norman as he had told police. Instead, the roommate claimed Hruby left the next day around 5 o'clock to head to Dallas -- his family was murdered that night.

Prosecutors allege he killed his family before making the trip.

"It's still hard to grasp that and I don't want to believe it, but it's reality," said Andrew Burmann, Hruby's college roommate.

Neighbors also gave their accounts the night of the murder. According to the search warrant, neighbors recalled seeing John Hruby and his daughter Katherine outside until nightfall.

Now, investigators hope the pings made to certain cell phone towers will give a clear idea of what time each one of them came home.

Investigators are also reviewing 61, 732KB of data retrieved from the cell phones of the victims and suspect. They believe the data will reveal communications between the family, including any disputes.

New Details Revealed In The Murder Of Hruby Family In Duncan