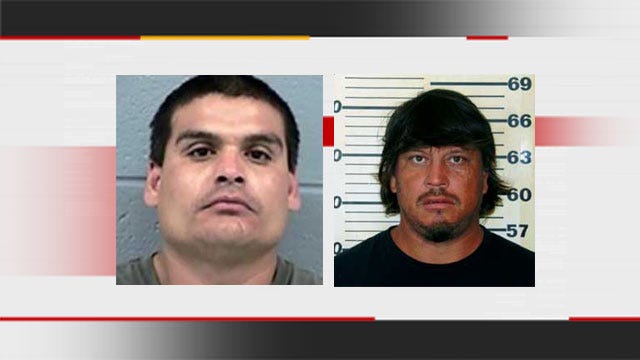 Court documents revealed the two new suspects in the so-called 'Cathouse murders' have been formally charged with murder and conspiracy to commit a felony.

In 2009, a pregnant reality start and her friends died at their home in Moore. Milagros Barrera, Casey Barrientos, Jennifer Ermey and Brooke Phillips were murdered and then their home was set on fire, according to investigators. Brooke Phillips was featured on an HBO show about prostitutes. Both Phillips and Barrera were pregnant when they were killed.

The formal charges against the new suspects in the case were filed in the Oklahoma County District Court on Friday.

The other two suspects in the case are David Tyner, who is serving a life sentence, and Denny Phillips, who is awaiting trial set for March.