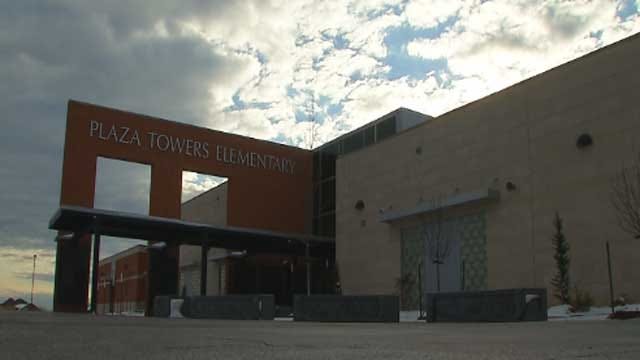 The memorial to honor the seven students who lost lives at Plaza Towers Elementary in the May 20th tornado has been built but hasn't been fully paid for.

It's located in the front of the school at the entrance way. The school received an advance to pay for the construction, but now that it's complete the road to pay for it is just beginning.

“It's built, it's beautiful, it's in place, but it isn't completely paid for," said Brent Wheelbarger, board member for the Moore Rotary Club.

Each part of the Plaza Towers Memorial is symbolic and tells a story of the seven young lives lost in the May 20, 2013 tornado. There are seven benches with names engraved on the side.

Even though each one is set in stone, the payment for it is not.

The memorial committee is actually short about $32,000 in funding, so civic organizations like the Moore Rotary Group are stepping in to help.

"For every dollar that's raised, the rotary will match a dollar for that up to $17,000," Wheelbarger said.

And businesses like Moore Liquor are answering the call to donate.

“I personally look for hyper local causes to help out with, and nothing can be more hyper local then an elementary school right down the street from us, it's important to me personally, because the children that died in that tornado our children of people who shop with us, who are directly affected by the tragedy," said store owner Bryan Kerr.

The cause is already picking up speed.

"We had a lady come by this morning, didn't want to buy anything just came in and handed me a 20 dollar bill and said please donate that to the plaza towers memorial fund," Kerr said.

Even Nicole Angle, mother of Sydney Angle who died in the tornado, responded to Moore Liquor's post saying "Thank you for sharing this. It's a beautiful memorial to our children."

"It makes it worth it at the end of the day when as a parent you can help another parent feel better about getting through something," Kerr said.

Moore Liquor has already donated to the memorial fund and challenges other businesses to do the same.

Here's more information, if you would like to donate.