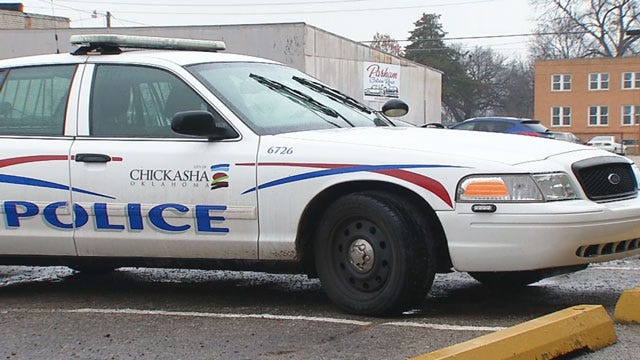 A hotel manager's claim of receiving counterfeit money for rent led to an arrest.

Police not only found the printer used to make the money, but several pizza boxes with something else.

The couple was staying inside room 110 at the Chickasha Inn, and when their payment was due they decided to pay in cash.

Twenty dollar bills inside of the room and had been fooling management for days.

"There's no telling how long they would have stayed here and been giving us fake money the whole time," said Lavicia Ryans, the hotel manager.

A trip to the bank was common for Ryans.

But on her last trip, there was nothing normal about what the bank teller discovered.

The $20 bills Ryans was trying to deposit were counterfeit.

"It looked exactly, like the color was exactly the same, it looked legit," said Ryans.

So Ryans went straight back to the hotel.

"I asked the front desk manager, ‘Have you seen anyone paying with twenties?" Ryans told News 9.

"The first guy that popped into my mind was the one guy just because of how he acted when he came up to pay with me," said Kristie Roach, the front desk manager.

That man was Jimmie Phillips, who was staying in room 110 with his girlfriend.

Management recalled Phillips would usually pay with several credit cards and when he did pay with cash, he acted nervous.

So the managers checked all the bills at the bar and front desk and found nearly $200 in counterfeit money.

"All weekend long nobody noticed it," said Roach.

Inside officers found 47 freshly printed $20 bills made from what was described as a $20 printer.

But that wasn't all. Police also found a pizza box with several bags of marijuana inside.

"I think they were trying to be sure they had a lot of different avenues as far as paying their bills go," said Major Shanon McClain, Chickasha Interim Police Chief.

Ryans and her staff considered this a lesson learned.

"We went and bought the counterfeit markers. Police told us everything to look for so now they're prepared," said Ryans.