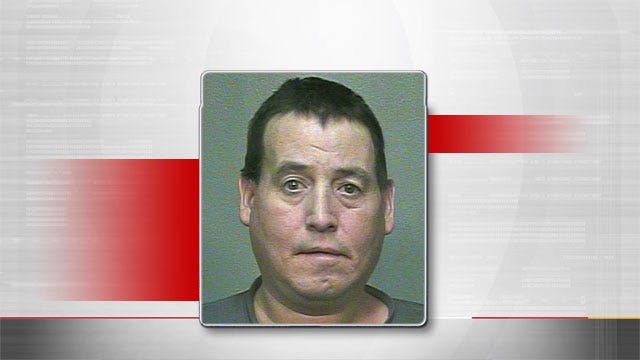 Oklahoma City police arrested a man who is accused of punching and slapping his 80-year-old mother Thursday afternoon.

According to police, just before 5 p.m. officers responded to the report of a domestic dispute at a car wash at 2512 N.W. 23rd Street. The caller reported seeing a man yelling at an elderly woman who was bleeding.

When officers arrived at the scene, they spoke with the suspect, 44-year-old Andrew Joseph Chaballa. Chaballa reportedly told officers that he was upset because his mother wasn't listening to him. He also admitted to drinking prior to the incident.

Officers then spoke with the victim, who said Chaballa still lives with her, and that Chaballa became upset when she wouldn't give him any money. She said Chaballa punched her in her back and face. He also slapped her several times.

Officers said they could see blood coming out of the victim's nose and mouth. The victim said she was afraid Chaballa would kill her.

The victim was transported to the hospital by an ambulance. Chaballa was arrested and booked into the Oklahoma County Jail on complaints of aggravated assault and battery and domestic assault and battery. A bond has not been set for him.