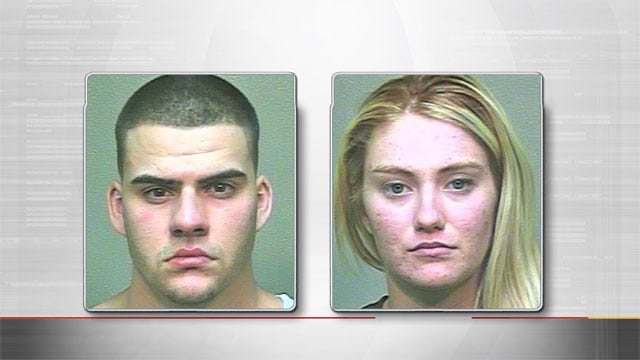 Police arrested two people in connection to the shooting death of a man in southwest Oklahoma City.

According to police, at about 5 p.m. on Monday, officers responded to the report of a shooting in the 1200 block of S.W. 58th Street. When officers arrived, they found the victim lying in the street. He was pronounced dead at the scene.

Officers quickly developed suspect information and located 22-year-old Zane Colson and 25-year-old Felicia Claassen at the Pickwick Apartments, located near I-240 and May.

Both Colson and Claassen were booked into the Oklahoma County Jail on a first degree murder charge.

Police have not identified the victim at this time.

An investigation is ongoing into the homicide. Anyone with information is asked to call the Homicide Tip Line (405)-297-1200.

This is Oklahoma City's 4th homicide of 2015, according to police.