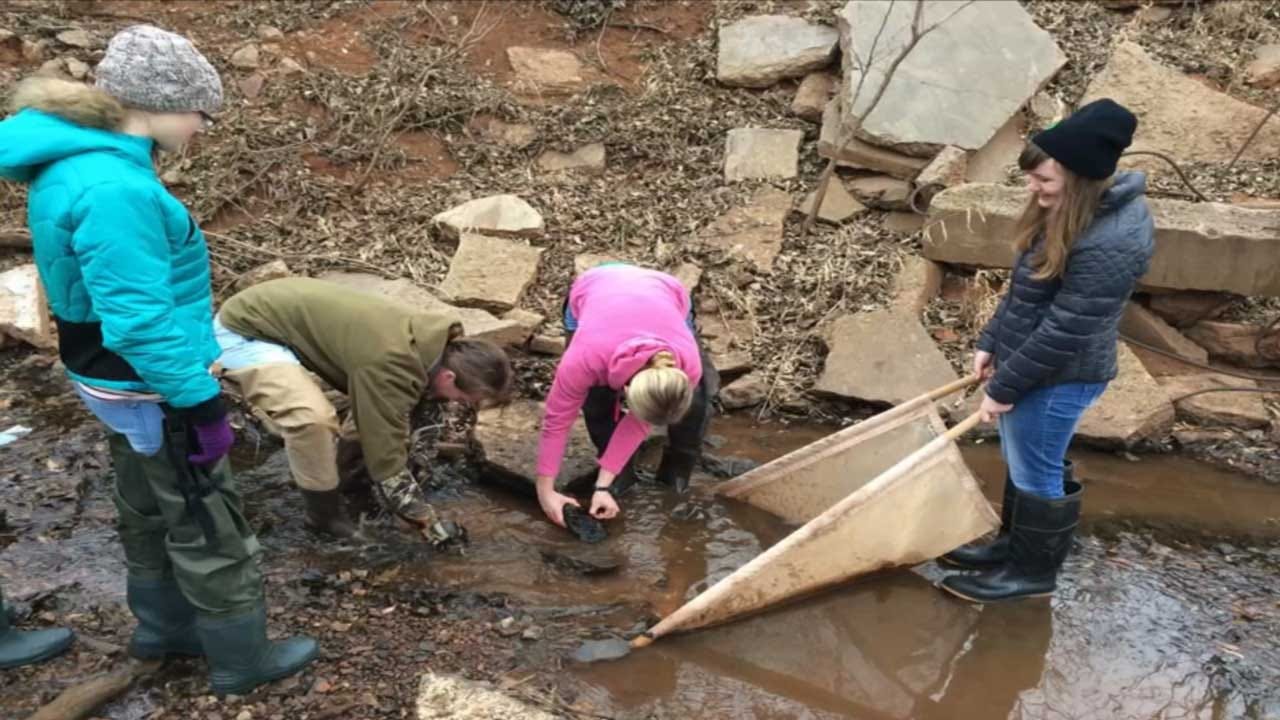 Two weeks ago, a fish kill in Crutcho Creek drew the attention of the city as well as the DEQ, however neither has yet determined the cause.

A mile upstream from that fish kill near SE 51 Street and Tinker Road in Oklahoma City, a group of young volunteers have been testing water samples from the creek for almost the past three years.

They are members of what’s known as Oklahoma’s Blue Thumb Association.

There are around 400 Blue Thumb volunteers around the state. They monitor the water quality of at least sixty streams, that otherwise would not get checked.

“Because we’ve seen how much impact that makes in the creek, we really wanted to share that, so the next generation can grow up and know these things," volunteer Katie Prior said.

15-year-old Prior, and her friends Ava and Ariel McAffrey have won several local awards for their work along Crutcho Creek, just south of SE 59 Street.

The trio has also written two childrens’ books about their experiences.

“Seven months ago, we went around and marked storm drains that lead into our creek, because we want people to know storm drains lead to creeks, and anything you dump in storm drains will end up in your creeks, waterways, and lakes,” Ava McAffrey said Monday afternoon.